I just spent an amazing week traveling through Iceland with my girlfriend. Before the trip, she did a lot of research and made a detailed itinerary for us. Since Iceland is on a lot of people’s lists, I’ve listed the locations/activities in descending order of “must do” and linked our chronological itinerary at the end.

First, there’s a lot to cover in Iceland. We didn’t want to feel rushed or spend most of our time driving, so we only focused on the southern coast of Iceland and the Golden Circle. Second, you can click on any of the photos below for the full-resolution version.1

This hidden gem, located near the popular Seljalandsfoss waterfall, is literally off the beaten path and 100% worth visiting.2 It’s a narrow canyon with a shallow creek, so you’ll probably get a little wet and there is some minor bouldering involved, but eventually you’ll reach an amazing waterfall in the back. There’s no excuse for missing this one! 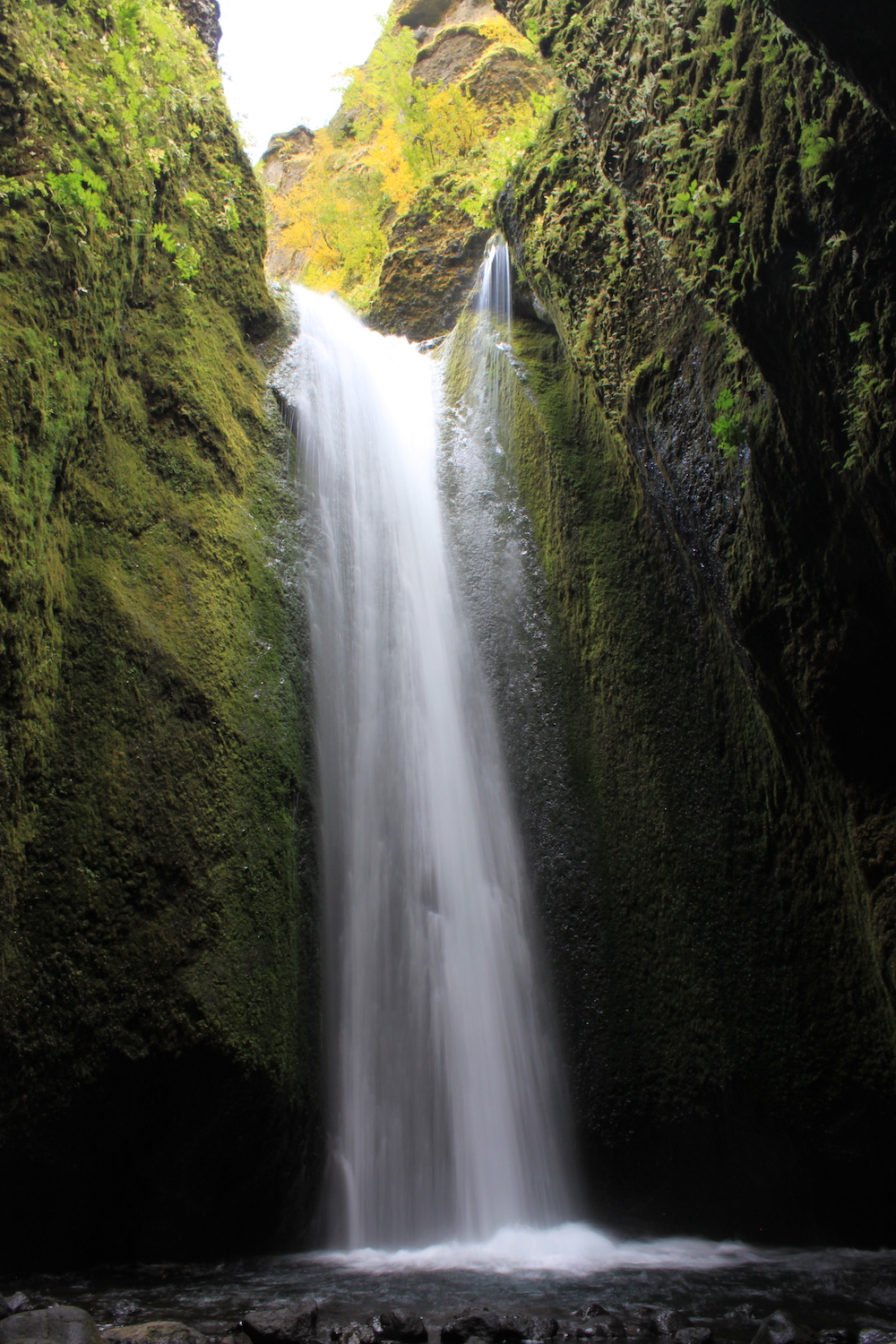 Discovering the hidden waterfall. As usual, it's even better in person.

Based on a colleague’s recommendation, we tried a Katlatrack tour in Vik. We were a little hesitant since this activity alone cost as much as our entire flight, but this ended up being the coolest thing we did and was absolutely worth it.

We went inside a glacier that surrounds Katla (Iceland’s largest volcano) and saw black ice that looked more like obsidian, due to volcanic ash embedding into the glacier over hundreds of years. If I go back to Iceland, I’d definitely try another one of their tours again. The price is the only reason it’s not #1 on this list. 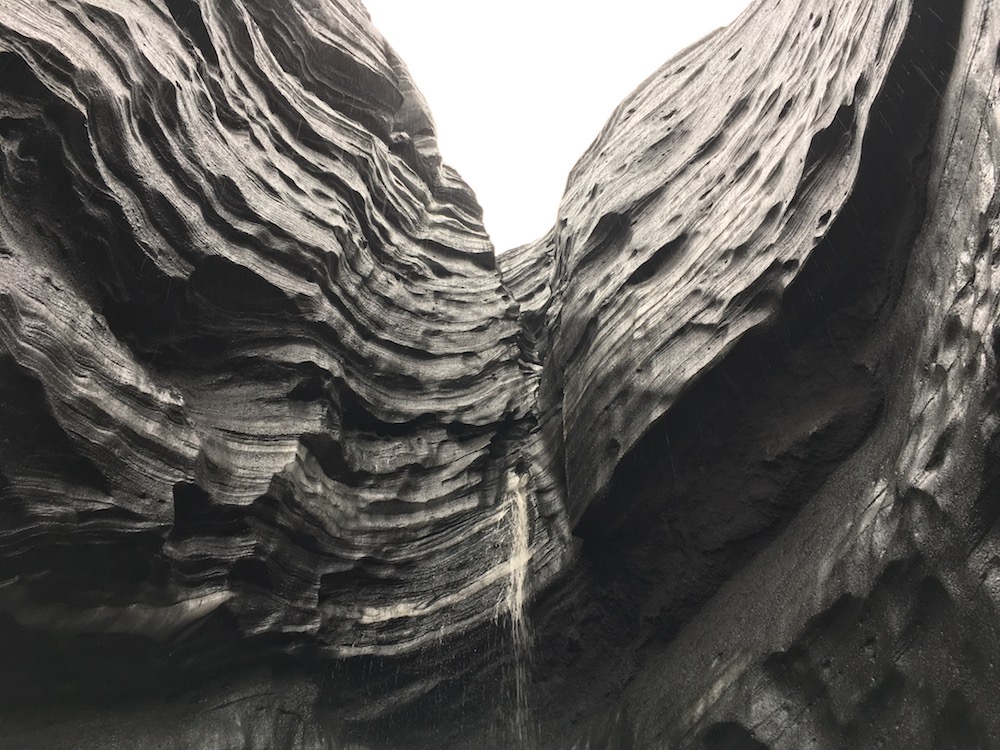 A looming glacier. Yes, that's all ice and this is not a black and white photo.

Blue Lagoon is the most famous geothermal spa, and you pretty much have to do it if you’re visiting Iceland.3 The water is a vibrant milky blue color, like I’ve never seen before, and incredibly warm. We reached there around 8am, just as it opened, and it felt like a private club. By the time we left around 11am, it felt more like a public pool, so I definitely recommend trying to get there at opening time. Also, the lagoon is huge so be sure to explore thoroughly when you get there to find all that it has to offer, including a cave, floating pillows, steam showers, facial masks, and a hot waterfall. The water does smell sulfuric (like rotten eggs) but it was not as strong as I expected. 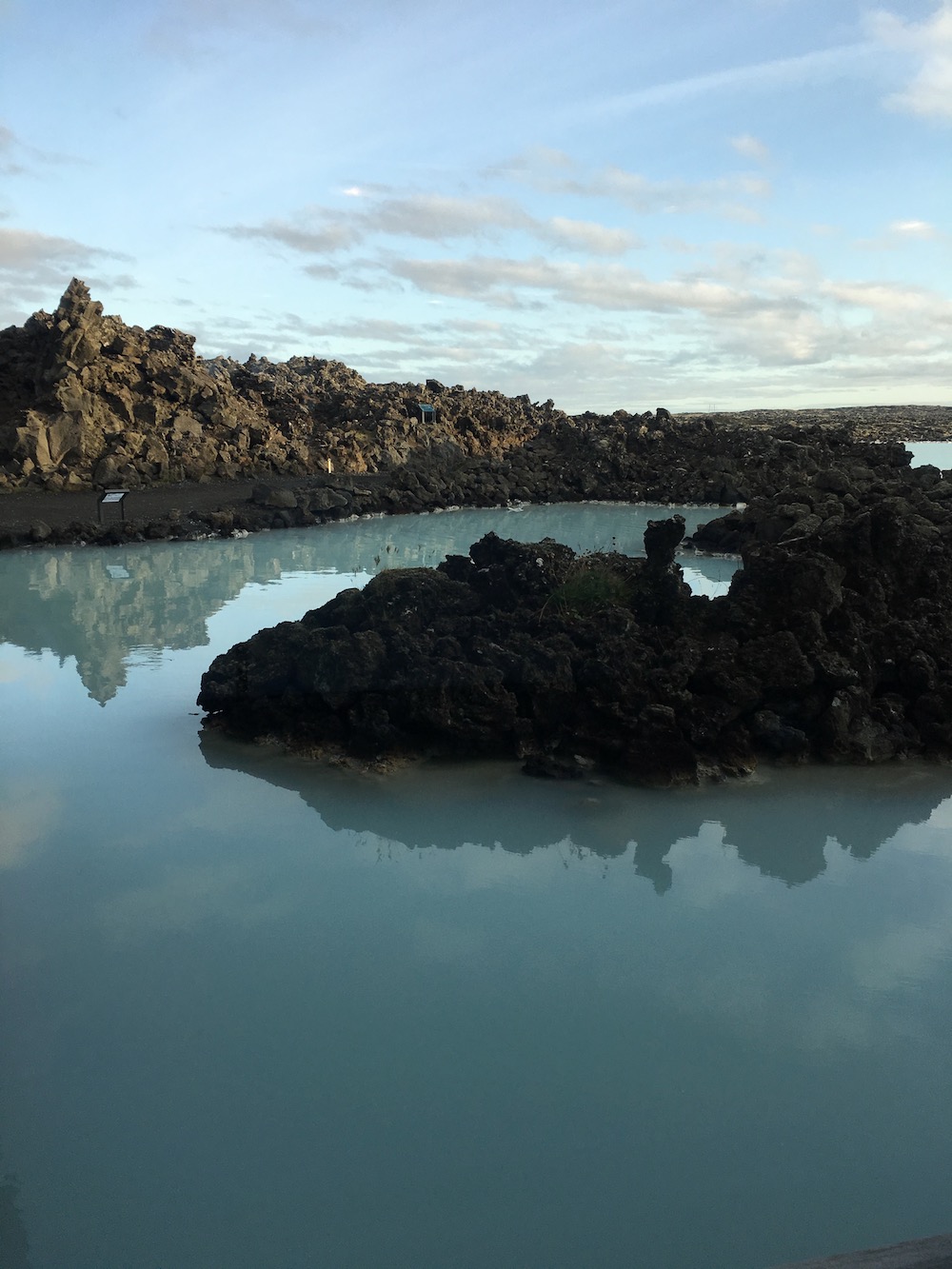 The milky blue color is from the silica, which is apparently great for your skin.

Diamond Beach is a glacier lake that contains large chunks of floating blue ice. It gets its name because the ice look like diamonds on the beach. It is a breathtaking view and a must see. It’s next to Fjallsarlon, also known as the Ice Lagoon, which is similar and also worth stopping by.

Getting rich at Diamond Beach.

The Katla tour takes place in Vik, so there’s no reason not to stop by the Black Beach while you’re there, which is apparently ranked as one of the ten most beautiful beaches in the world. The sand is pure black due to volcanic ash. Noticing a trend? 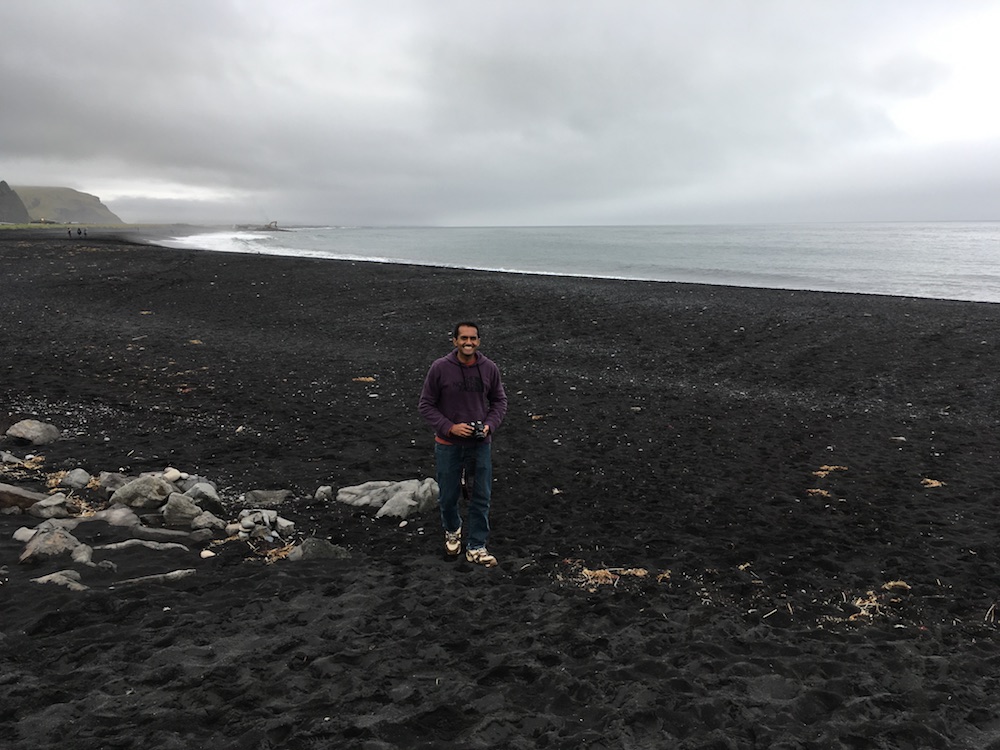 Standing on the Black Beach.

We went in fall so all of the plants were bright orange and absolutely gorgeous. Unfortunately, it was cold and raining the whole time we were there so we didn’t get to explore much, but I would have loved to hike here more. 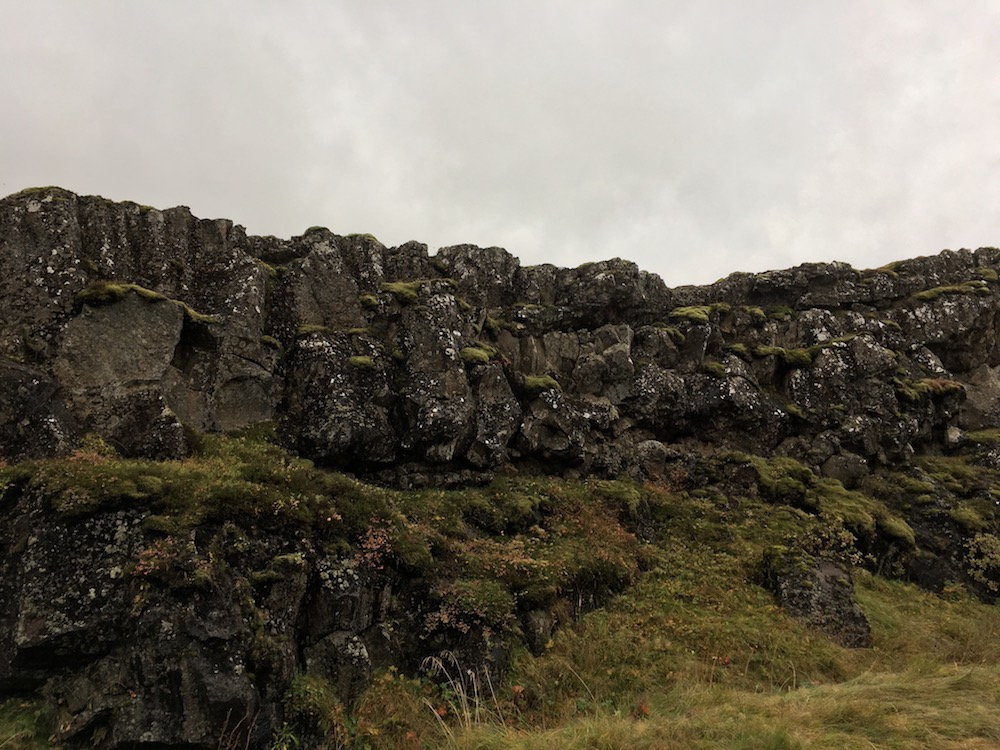 The famous ridges and canyons of this park.

If you’re going to either Blue Lagoon or Reykjavík from Keflayvik Airport, I definitely recommend taking the coastal scenic route to get your first taste of Iceland. It takes about an hour instead of 20 minutes on the direct route, but you’re on vacation! It also gives you the chance to stop by the Great Auk Memorial on your way into the country.

The Great Auks were a species of flightless birds that lived in Iceland a couple centuries ago but are now extinct. The memorial (just a cliff with some pretty rocks) is a great spot to take some pictures to kick off your trip. 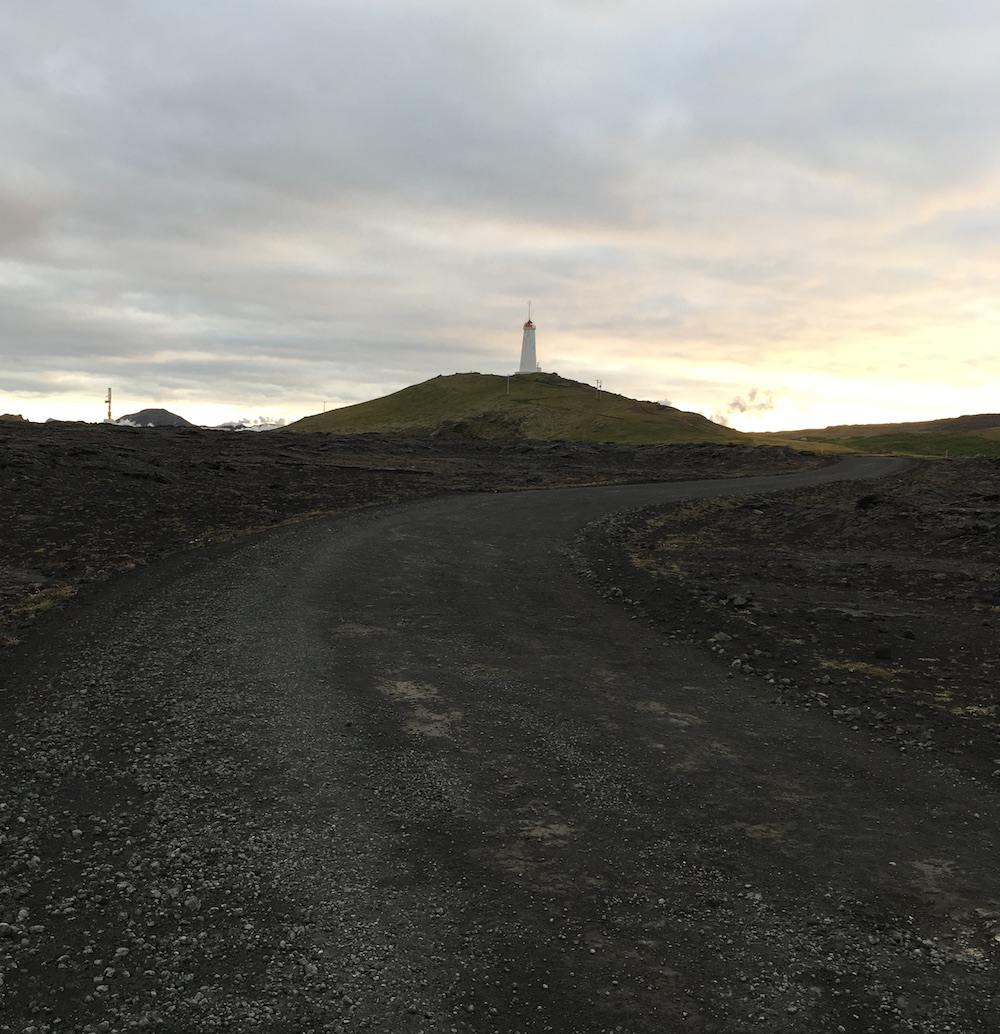 The lighthouse at the Great Auk Memorial during sunrise.

As you’re driving along the Ring Road4, you’ll see lots of gorgeous views just on the side of the road. Don’t forget to liberally stop and take pictures because it’s a lot of fun to randomly pull over and explore. I guarantee no matter where you stop, it will be picturesque and you never know what you’ll find. 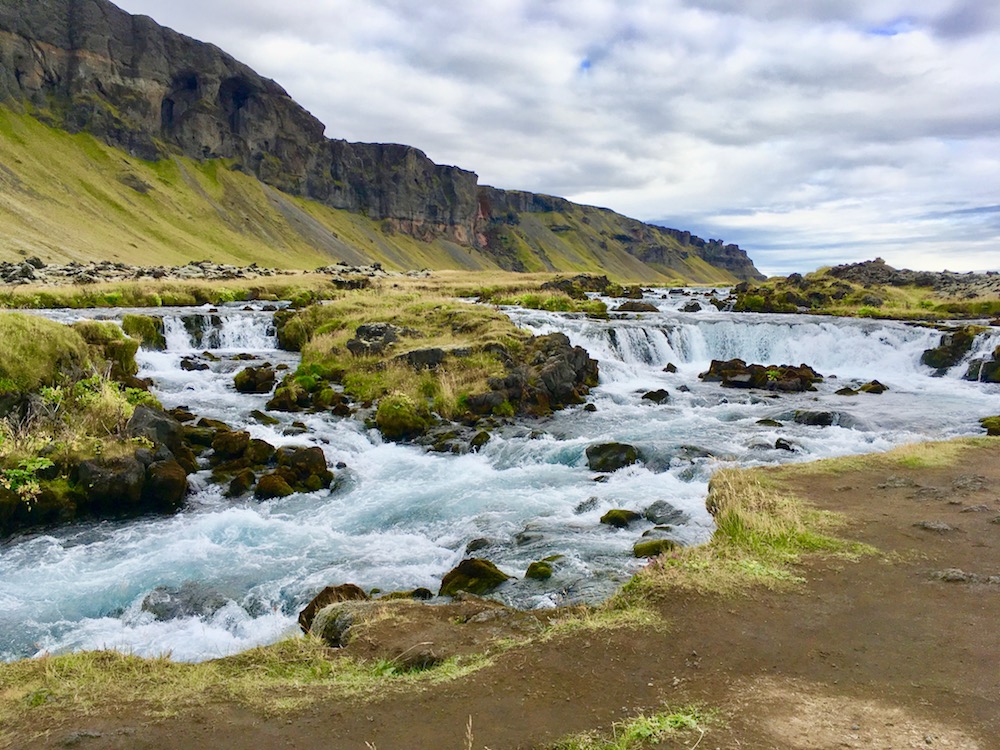 Finding a little waterfall on the side of the road. 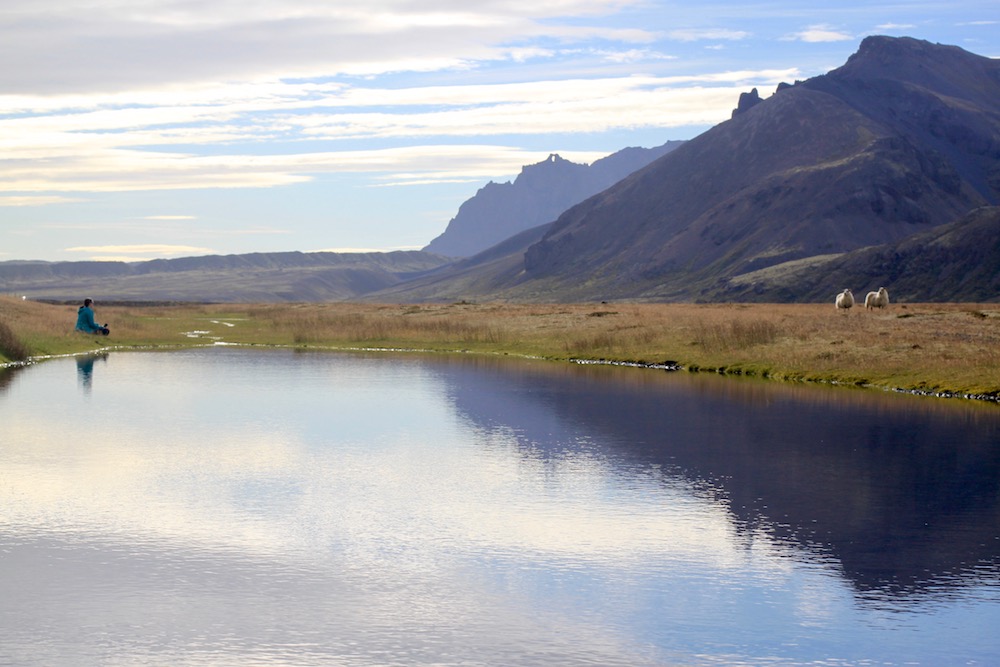 Girlfriend versus sheep, but the mountain may have won.

This is a popular tourist attraction, and it was weird adjusting to so many people after spending so long in the relatively empty southern coastal area. It’s a fun sight but if you can’t fit it into your schedule, you’re not missing much. 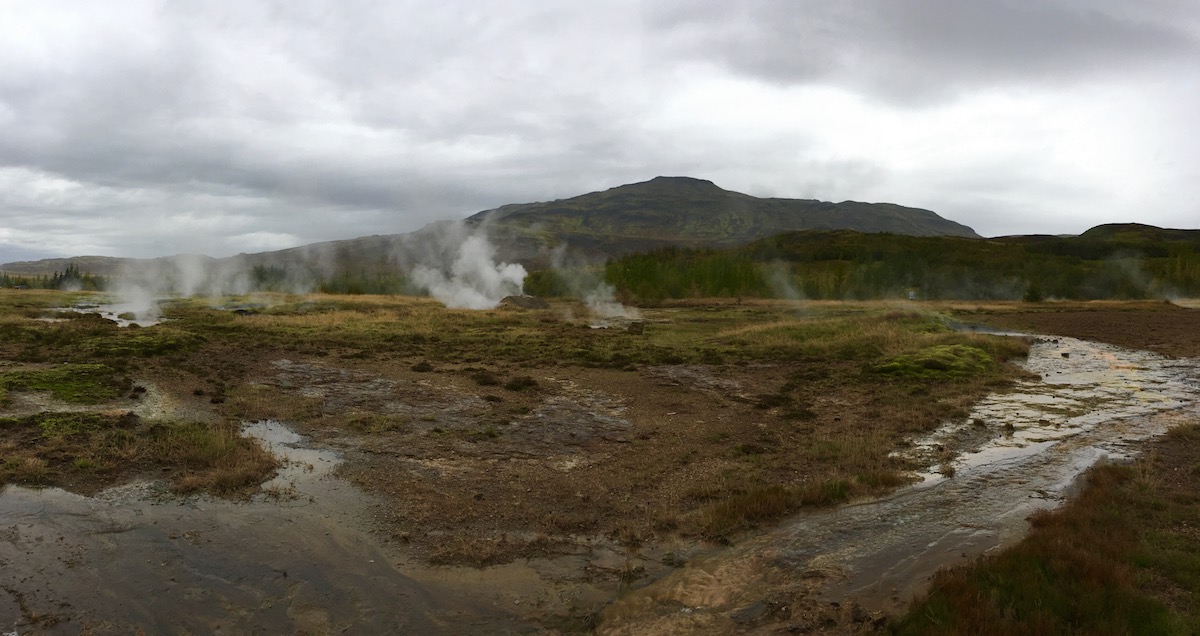 The field of geysers looks like a war zone.

This place was packed with tourists, and I think we had seen enough waterfalls by this point that it just didn’t excite us much. However, the weather was also gloomy and we were exhausted, so that may have also factored into our lack of enthusiasm. If there’s anything you skip from our itinerary, I’d make it this. 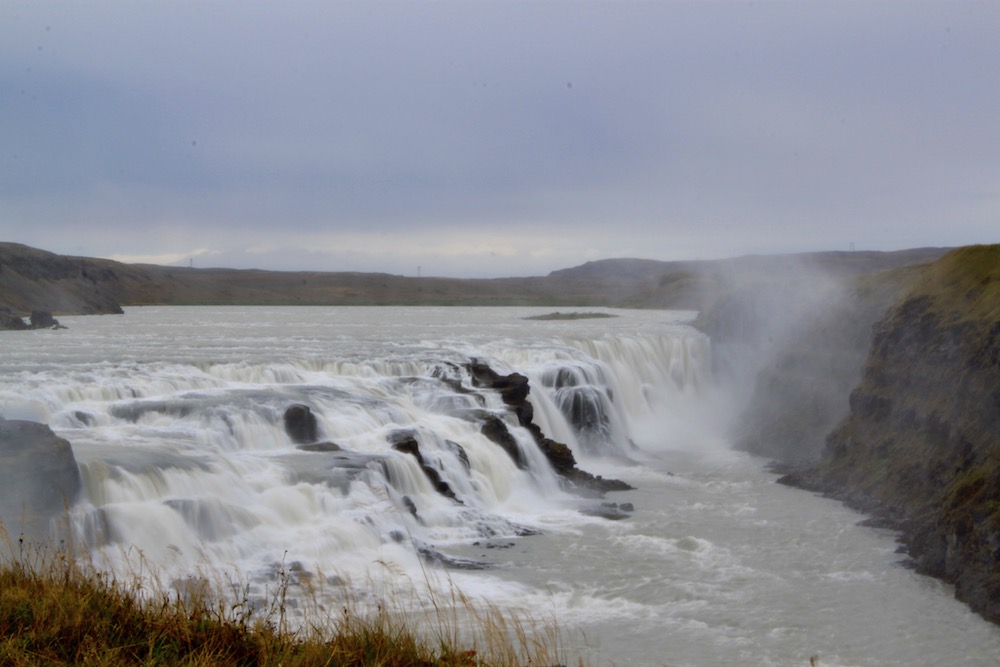 There’s no way you won’t see Reykjavik, but I’m glad we saved it for last because I appreciated the city much more after having spent 6 days in nature. We visited the museum of photography, the art museum, Hallgrímskirkja church5, and the phallological museum, which was as weird as it sounds. Other than the church, none of these were must-sees, but all were fun. I would definitely skip the photography museum, and try to schedule my trip to see a show at Harpa next time. 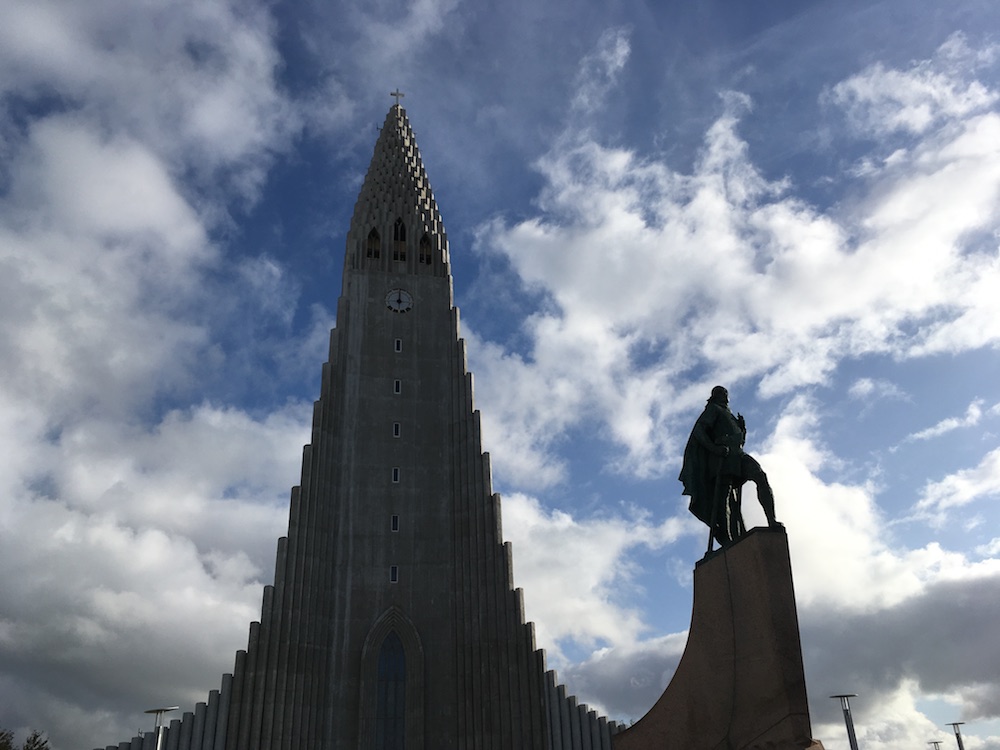 The architecture of Hallgrímskirkja is very unique.

If you want to use our ready-made itinerary, here are the PDF and PowerPoint versions to get you started. They include directions to our AirBnB rentals, so you’ll want to make at least some edits.